Hello and welcome to my page, I am a Musician 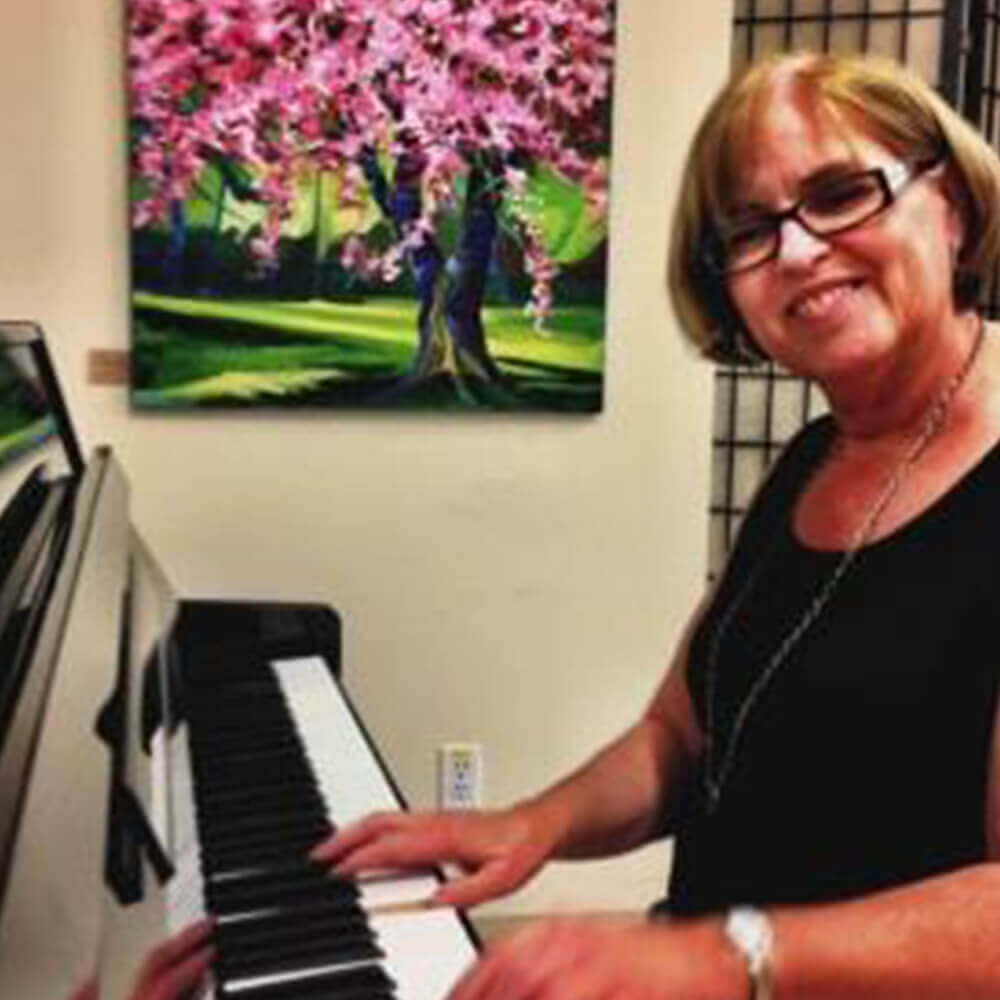 Sylvia obtained both Bachelor of Music and Master of Arts (Musicology) degrees from the University of Alberta, as well as a diploma in Vocal Pedagogy from the Western Board of Music. She began her University career as a string bass player, but changed direction and studied classical piano with Viola Braun-Fox, Isabel Rolston and Ernesto Lejano at the University of Alberta, as well jazz piano with Charles Austin at Grant MacEwan University. Sylvia's areas of specialization in musicology were film score, blues, gender in music, and music and conflict.

Before relocating to Port Moody, Sylvia was well established in the Edmonton area as a private and group music instructor, accompanist, theater musician and soloist. Sylvia was the theater pianist at Northern Light Theater, Theater Three and Alberta Barter Theater participating in performances of Piaf: Her Life, Her Loves; A Funny Thing Happened on the way to the Forum; Side by Side by Sondheim; Threepenny Opera; and You're a Good Man Charlie Brown as well as many others.