Hello and welcome to my page, I am a Visual Artist

Kalum Teke Dan’s ancestry is of the Blood Tribe in Southern Alberta. It is his connection to his traditional, spiritual, and cultural background that has inspired his body of work. He grew up in Calgary with his mom Joanne Dan, who has been supportive throughout his career that began in his teens. Kalum is primarily self-taught, developing his skills through observations, practice, and dedication to his craft. He works in oil, acrylic, and watercolour, choosing themes that reflect his unique perceptions of his spirituality and being Indigenous in modern-day society. His designs represent his conceptualizations of the subjects he is painting, whether it is an individual, a group, animals, or a compilation.

He has participated in large scale events throughout the years including showcasing at the Vancouver Community College during the 2010 winter Olympics, and the Calgary Stampede at the Western Oasis Showcase since 2016. His work is in the personal collection of several Canadian Premiers, international leaders and many of Canada’s leading corporations and educational institutions. It has been displayed in art galleries across Canada and the U.S. He has enjoyed sharing his work at Indigenous conferences, pow wows, and events. In 2016, he created a body of work for a colouring book authored by Diana Frost, entitled “Colouring It Forward - Discover Blackfoot Nation Art and Wisdom” and he has been featured in her calendars, journals, jigsaw puzzles and clothing.

In the past 5 years, he has created many large public art murals in Calgary and Edmonton. He has completed many murals with his own team but also in collaboration with emerging artists whom he has mentored. They included a mural for the Calgary Stampede Indian Village, a mural on an exterior wall at 17th Avenue Framing and The John Howard Society, as well as a large mural in the lobby of the new City of Calgary Public Library. He recently completed murals in Calgary City Hall, in the City of Calgary Police headquarters among others. 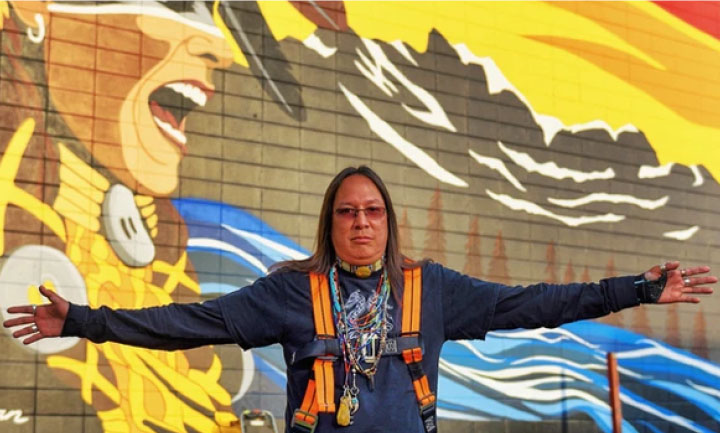 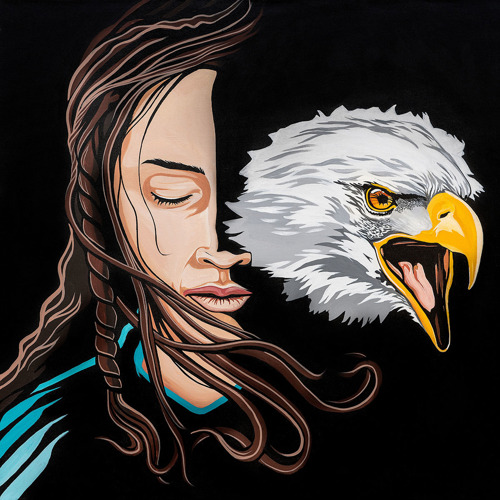 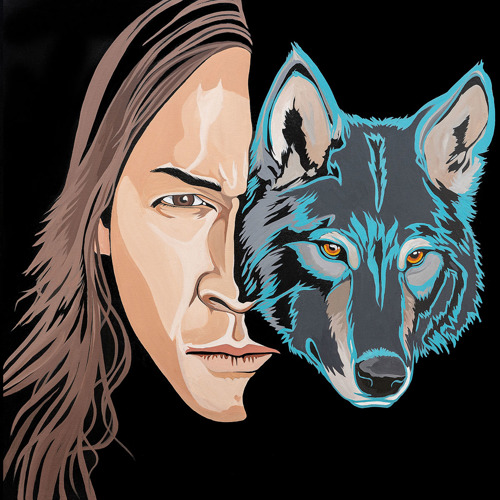 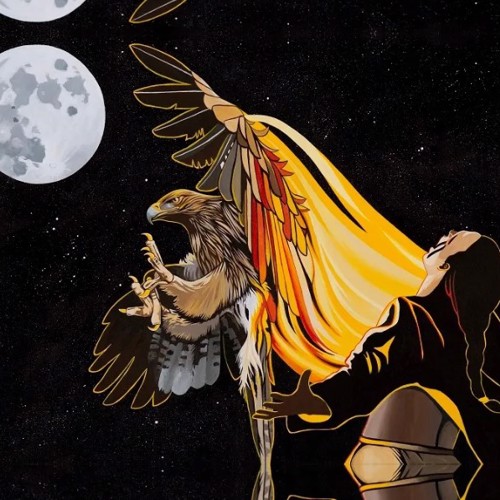